Kingdom Karnage is a hybrid turn-based strategy and collectible card game in development from Kepithor Studios. It features ENJ-backed cards that can be traded freely between players.

Kingdom Karnage is currently only available in demo form. But Kepithor has provided some information as to what the game will be like once it is finished.

This article will explain what we know so far about Kingdom Karnage, including what we discovered from playing the current demo.

Here are the main features expected to be in the final version of Kingdom Karnage.

In its initial public release, Kingdom Karnage is expected to have three playable races: human, undead, and orc.

Each will have its own set of character cards. Cards from one race will not be playable in a deck with cards from another race.

When a player begins the game, he will be presented with the 1-player campaign for his race. This campaign will be a series of missions in which he will have to defeat powerful enemies.

Each mission that is completed will reward cards, gold, or other items. These missions will each only be playable once.

When the player finishes his single-player campaign, he will unlock his race’s dungeon. This dungeon can be played over and over again for loot. There will be both a single-player version of the dungeon and a cooperative multiplayer one.

If the player continues to farm cards from this dungeon, he will eventually get enough of them to build his first 30-card PvP deck.

Once a player has built a 30-card deck, he’ll be able to participate in PvP matches. Both duels and 2v2 team matches will be available.

If a player feels very confident in his abilities, he will be able to enter “Playing for Keeps” mode. In this mode, a random card will be selected from both players’ decks before the match. If the player loses, this card will be transferred to his opponent.

When a player finishes campaign missions or dungeons, he will often be rewarded with gold. This gold can be spent on extra packs of cards.

In addition to character cards, players will also be able to obtain items such as armor and weapons.

Duplicate copies of character cards will be combinable into more powerful versions. This will also be the case with items.

Cards and items of common rarity will not be blockchain-backed. These cards will exist only on the developer’s central server and will not be tradeable.

All items or cards of uncommon or higher rarity will be blockchain backed. These items will be minted using Enjin-coin.

In order to better understand what Kingdom Karnage gameplay may look like at release, we decided to try out the demo. This is what we found out.

There is no registration required to play the Kingdom Karnage demo. The player can access the game by navigating to the official Kingdom Karnage website and clicking web demo or android demo.

When play first begins, three cards are drawn from the player’s deck. An additional card is drawn at the end of each turn.

Each of these cards has a turn-timer shown in the upper-left corner.

At the beginning of each turn, the number on this timer is reduced by 1. When the timer gets to zero, the card can be played.

There is no “mana” in Kingdom Karnage. Instead, cards that are more powerful simply have longer turn-timers.

When the character is summoned onto the gameboard, these stats appear at its feet.

Damage in Kingdom Karnage is cumulative. Characters do not heal each turn.

When a character is damaged, its health stat is reduced, and this is reflected in the number shown on the screen. The game doesn’t appear to distinguish between “maximum” and “current” health the way most CCGs do.

When a character’s health goes to zero, it dies.

In most cases, a character can only attack a space that is one vertical, horizontal, or diagonal space away. However, some characters have a Range ability that allows them to attack from a distance.

For example, the Hunter character has Range 3, allowing it to shoot an enemy up to 3 spaces away.

Aside from Range, there are also a few other abilities found on character cards. In our testing, Triage and Rush seemed to be the most common, but we were unable to determine what these abilities do.

From the keywords used, we assume that Triage is some kind of healing ability, while Rush may allow the character to move in the first turn or have some other movement effect. But we were unable to determine this for certain.

The gameboard in Kingdom Karnage consists of two horizontal paths. When a character is ready to be played, it can be placed on any of the first 3 spaces in either of these paths, for a total of 6 spaces available.

Winning the game: player characters and their health

On the far left and right side of the gameboard are characters representing each player. These characters begin the game with 10 health.

If an enemy unit reaches this character, the unit will begin to deal damage to it. If the player character’s health goes to zero, the player loses the game.

If the characters summoned by the player manage to break through the enemy defenses, they may be able to do damage to the AI character on the other side. And if this character’s health goes to zero, the player wins.

It’s too soon to say whether Kingdom Karnage will be a fun game at release. It is still in a very early stage of development. But this article has explained what we know about it so far.

We’ve gone over races, campaigns, dungeons, card stats, and more. We hope you found this information to be helpful in deciding whether to get involved further with Kingdom Karnage.

Have you played the Kingdom Karnage demo? What did you think of it? Let us know in the comments below.

Tom Blackstone
Tom Blackstone is a former salesperson turned tech writer. Before 2014, he sold video games, computers, home theater systems, and other entertainment products. Since 2014, he has been a full time writer. His previous work includes ICO announcements, articles on the history of cryptocurrency, guides to Kodi addons, and more. He has always enjoyed learning about new technology and helping others to understand it. As a former video game salesperson, he also likes to try out new games and review them for others.

Ecomi Moves to Immutable X, Bringing One of the Most Promising NFT Projects to Carbon Neutral Ethereum

NFTs and Metamask Explained – How to Transfer or Add an NFT

The Metaverse Exchange is Live! 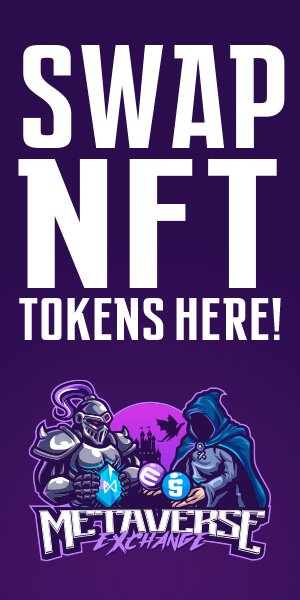 Any games promoted by Castle Crypto have been played and reviewed. We take the time to actually learn the game and stand by any recommendations we make.